An Observation in the World of Men 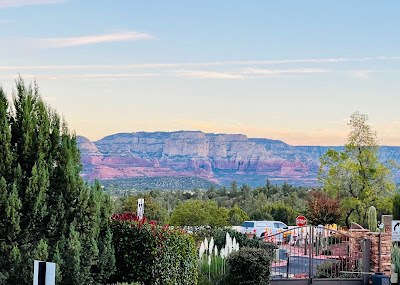 A few days ago, Mike and I met our new neighbor. In the garage of our new condo, it has name plates for the owners. His last name is “Boner" (I spelled it differently to protect the innocent...but how I wrote it is how it sounds out, if you catch my drift) and I had made a joke that it would be funny if his first name was, “Richard."
I know, I act like I am 12 sometimes...but ya’ll know that you were probably thinking the same thing. Well, at least you are now. Tee hee.
Anyway, while we were about to leave to go to the airport, our neighbor was just coming in. He introduced himself to us. His first name - Dick.
It took all I had not to just walk away and die laughing, but I held my composure. I really did. You would have been proud. The things that this dude must have had to live with growing up. The mayhem with that name.
He was in his early 70’s, driving a red convertible. Good looking guy who has obviously taken very good care of himself over the years.
He was faced with my husband, Michael, who stands at 6’ 3” and is extremely handsome and also in great shape. They started talking to each other while I kind of stood back a little and observed their conversation at first.
And soon the “one-upping” began. Dick started off by telling us right off the bat that he was a retired CEO of a very large company and that this was his “second” home.
Mike shot back that he owned his own company and this was our “second" home also, but we have a better view than he does.
Dick said that this is actually his “third” home because he was building one in another state. Mike shot. back and said we technically have a “third” home also because, we too, are building our main house soon on waterfront property.
They talked about skiing, hiking and toys that they both have. Each time, making sure that the other man’s accomplishments were dwarfed by their own. “I walked 10 miles today.” “Oh yeah, well I ran 15 yesterday."
I just sat there and smiled. It was hilarious to me when I realized what was happening here. The whole time they talked, it was a competition to determine the winner of the “alpha male” title. I actually started laughing.
I looked at their body language - both standing as tall as they could while sticking out their chest. This is interesting stuff, I thought.
I broke up their contest by stating that we needed to get moving to the airport. Yet, still, even until the last moment, the rivalry continued until Mike shut the door to the SUV.
When we got in the car, I just burst our laughing. “Well, that was quite a contest you had out there, baby.” We giggled at the silliness of the whole situation.
I figured it out. There were two awesome men in front of me - for their own and very separate reasons - both vying for the top dog position. I can speak for Michael mostly when I say that I don’t think it is because they were insecure or actually trying to brag to each other. I did’t get that vibe at all. It was because they wanted to make it clear who was stronger and more dominant. It wasn’t jealousy or low self-esteem. This was a bonafide demonstration of machismo.
Were they trying to impress me? That was part of it, I am sure. The rest though, is that both of them wanted to show the other who the true boss was. Turns out, they both were. Although, I am partial to Michael for obvious reasons. He won.
It reinforced to me though, that there is a huge difference between how men and women communicate with each other. What we feel like we have to prove to each other. Show each other.
Women do things a little differently when one-upping and we do it for different reasons. Whether you like this opinion or not, I believe that most of us do an alternative form of the same showdown. We do it out of lack of self-esteem and jealousy, especially if we think that the other woman is more attractive than we are. Same end result, different method and words. We tend to do it behind the other woman’s back though, maybe after she leaves the room. You know what I mean.
For men, conversations bring dominance and tangible results. For women, it is more about feelings and we are more indirect with their words.
Either way, it sure does make life more interesting when you can sit back and observe these traits we exhibit and see them for what they really are. Sure does make them a whole lot funnier.
And that is my thought for a Sunday morning.
Jen
Thank you so much for reading today. I hope that I made you smile and think a little bit. To reach me, visit SALending.com