Take the Scales Off Your Eyes...And See!

There is a story in the Bible about Saul of Damascus (Who later became Paul) in Acts. The gist of the story is this: Saul persecuted anyone who followed Jesus...Jesus appeared to him in the street and confronted him...Saul became blind for 3 days...When he could see again, the first thing he did was to get baptized...Saul became Paul and became one of the greatest evangelists for Christ.

Yup. Total 180. God used him as His chosen instrument.

There is a line in Acts that says, " Immediately, something like scales fell from Saul’s eyes, and he could see again. He got up and was baptized.”

So this made me think this morning about the scales that we have on OUR eyes...and how we need to take that shi% OFF. Scales to you might mean limitations, unbelief, sadness, bitterness, negativity, mistrust, or just a general bad attitude about your circumstances.

Saul’s “scales” was his persecution of the Jews and his hatred of Jesus. When they were removed, his whole life changed...and he changed the lives of so many others. God used him. God can use you too, if you let Him.

Our scales that we have on our eyes limit our possibilities and stop you from seeing all of the miracles that are around you. Like I have said before, the more gratitude you have, the more you will see how much you have to be grateful for. It is crazy how it works. When you start appreciating the blessings you DO have, your life will change.

By this point in our lives, we have all been hurt or we have all had some total crap thing happen to us. Some of us become angry or bitter about it and we let those scales darken our sight of all of the other blessings that we have. When you get go of the bitterness etc. and keep your eyes open to the miracles around you, you will find that EVERYTHING is a miracle. Everything.

Today is a great day to take those scales off and open your eyes to a life full of praise and Thanksgiving. 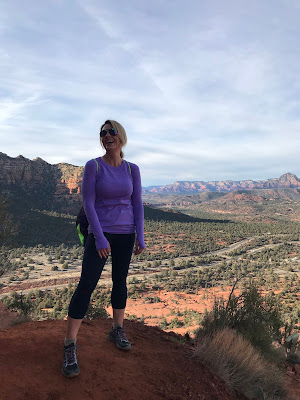 SALender
Your dreams and goals and any victory in life aren’t going to magically appear. You have to work for them. You have to put forth the effort into making things happen. It is the simple formula for success. Anyone can dream, but few will follow through to accomplish the delights of our imagination. Few know those words better than Jen Guidry, San Antonio’s Top Loan Officer. Born in Buffalo, NY, Jen dropped everything to move to Southern California when she was 19. Her original plan was to be a physician, but God had other plans for her. When she was just a teenager, Jen entered the mortgage world as a receptionist and has worked her way up since. Now, she is among the Top 25 Women Loan Officers in the United States and has found herself to be a regular on San Antonio’s morning shows where she loves to educate others about mortgage and credit topics she feels are important. She believes that people should work towards their goals every single day…even if they are baby steps. Do something. Surround yourself with the right people. It will take time and hard work, but it will pay off in the end.