NEVER EVER LET SOMEONE ELSE LIMIT YOU OR YOUR DREAMS! EVER! Got it? Yeah, I was yelling and I hope you got the point. I am going to tell you a story about my move to San Antonio.

Often, it is the people closest to us who limit us. I think that it is not out of any malice or anything like that in most cases...I think maybe it is out of protection of us. People don't want to see those they love get hurt...so they try and protect you from failure. I think failure is a good thing though...puts hair on your chest (like my dad used to say when we had to go through something difficult ha ha).

Let's go back to 1999 when I first moved to San Antonio from San Clemente, CA. I had already established myself as a loan officer out there and had done quite well for someone who still had relatively no idea what she was doing. Shit, I was like 23 years old. I was done with CA and wanted to move to Texas to be with my family. In looking for a loan officer job (back in those days, we didn't have online job searches...we used this thing called a "newspaper" and looked in the "Job" section....ahhh the good old days) and was unable to find one when I first got here. My step-father, who had worked his ass off his entire life, said to me, " Just get a job anywhere, like West telemarketing or something like that...because San Antonio is not a place where people make money...no more than 50K can be made here." I so very much loved my step-dad and I know that he never meant anything by what he said...he just didn't know...and that is the point. We just DON'T know.

God had a plan for me.

I got a job finally (that I found in the newspaper btw) working at Centex Home Equity. Within 4 months I got promoted to a Branch Manager and they moved me up to Dallas, TX to start a branch up there...the Richardson Branch. I was the youngest branch manager ever. 24 years old. I ran the top branch in the company. They used me in their training videos and I trained all of the branch managers. A kid.

I got recruited by Wells Fargo as a branch manager and did the same thing there. I was 26-27 years old and had a LOT of responsibility on my back and loved it.

Next, I was running 3 states for another mortgage company and traveling all of the time. I was still a kid. I was the youngest Regional Manager in the company ever at that time. It was fun at first and then it became old old old. One day, I woke up and didn't know what city I was in. The next week I was down in San Antonio buying a house and renting out mine in Dallas. This was in November 2005.

I quit my job. Holy crap. Luckily, I am not afraid to fail.

I decided to start completely from scratch with ZERO referral sources in a brand new market that everyone had told me was difficult to break into. San Antonio, I shall conquer you!

I worked my ASS off. Seriously. I told myself that I was going to be successful here, I was going to 1) just be myself and 2) see what everyone has been doing and then do it differently. My prior management experience helped me dramatically in what seemed like a seemingly impossible dream...because, after all, this is not a city where you can make a lot of money. NOT.

Here I am...almost 14 years later. It took me 5 years too start making the Business Journal Rankings for top production. Last year, I was on the top. Needless to say, I make a hell of a lot more than 50K a year. LOL.

Imagine if we listened to 20% of the limitations that others put upon us. Imagine if we listened to ALL of the limitations put upon us (which some people do!) UGH...no one realizes what they are doing when we put those barriers on someone, mostly out of protection because you don't want them to get hurt or fail. I just refuse to listen. Ever. So should you. (Unless your aspiration is to jump out of a plane with no parachute...then you should totally listen.)

Next time you are tempted to squelch someone else's dreams or wants, remember me. 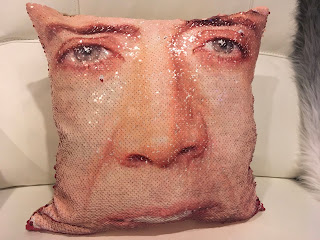